Linth II was designed and constructed by Max Oertz in the Max Oertz Yachtwerft in Hamburg, Germany in 1908. She was originally built for Dr F. W. Kuby, likewise in Hamburg, where she remained for many years.

Oertz designed a number of 10 Metre’s, including Orchis I, likewise owned by TCYE, as well as Pesa, one of the only other of the Class which has remained in full authentic condition. Oertz came from a long line of blacksmiths, but maritime design was always his interest, and he wrote many important papers on his adapted two-part rudder designs.

After many years of neglect, she was discovered hidden away in a shipyard in the woods by Enrico Zaccagni of Zacboats in January 2018, and promptly purchased by TCYE for her complete restoration.

Like many of our other 10 Metre’s, Linth II was converted from gaff to Marconi rig. 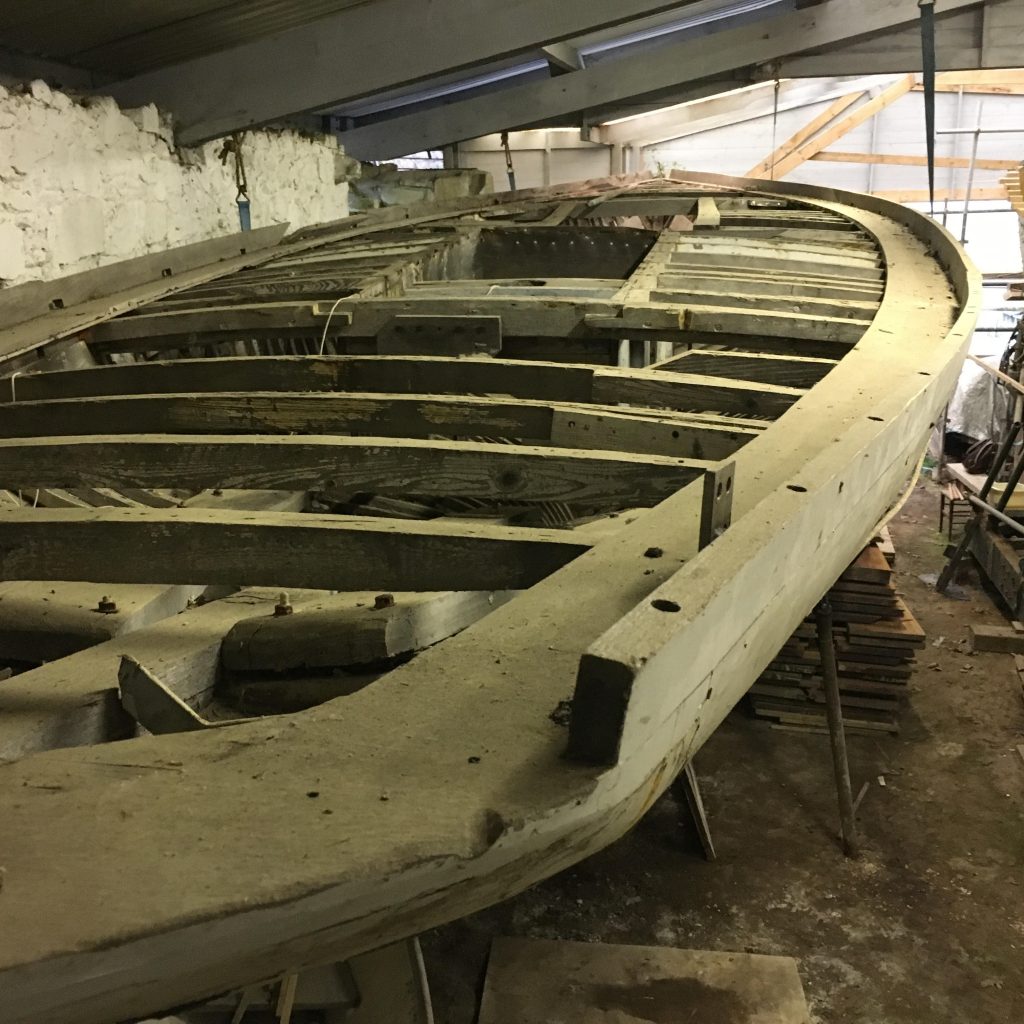 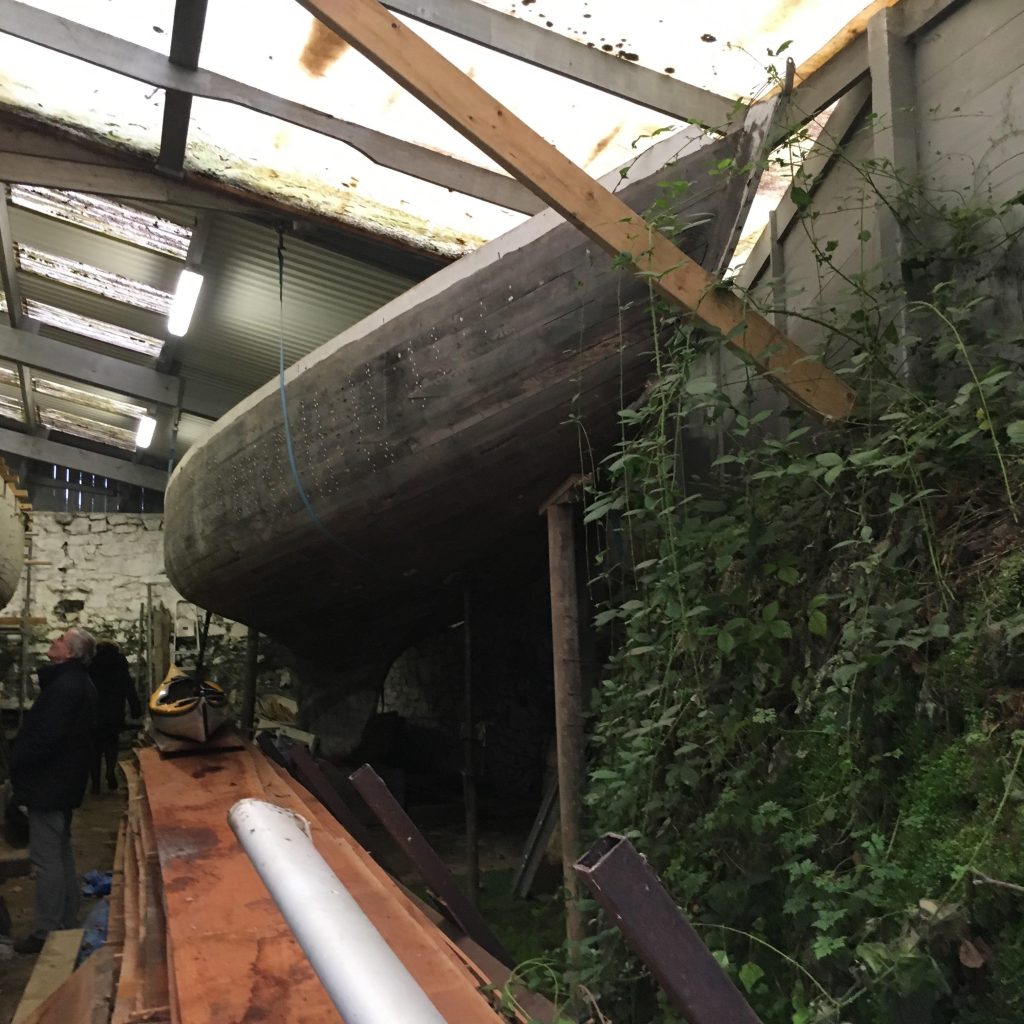 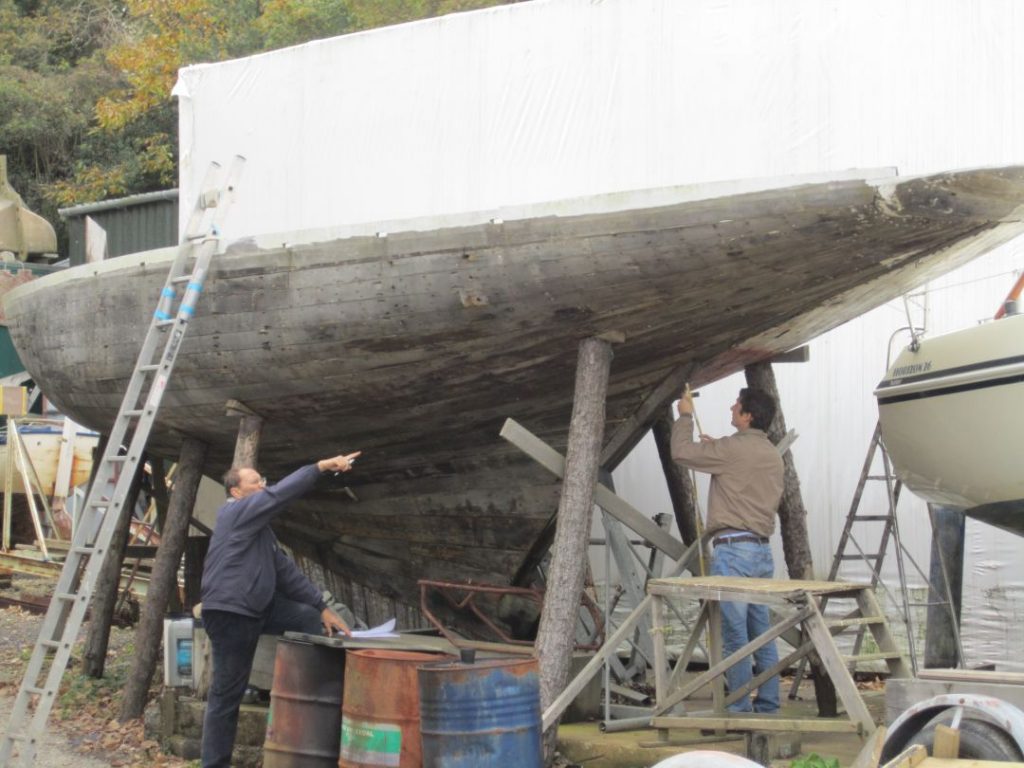 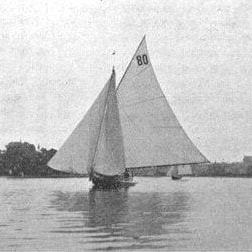 On the 20th April, 1871 Max Oertz was born in Neustadt, Germany. He grew up close to the water and therefore had the opportunity to learn sailing when he was a child. He is considered to be one of the most important German yacht constructors and had a great impact on the shipbuilding of the 20th century.

He studied shipbuilding at the Koeniglich-Technischen University in Berlin-Charlottenburg and worked as a senior designer at Blekhilmens-Varf in Helsingfors (today known as Helsinki) after completing his studies. He then built a shipyard in St. Petersburg, where he developed the so-called Nahtspantenbauweise for the construction of light racing yachts.

In addition to the construction of sailing yachts, Max Oertz also made a name for himself as a designer of motor yachts, fishing vessels, naval vessels and in the large-scale shipping sector. With much success, he has developed aircraft, flying boats and a for the time being novel captive balloon. However, he always used his greatest creative power for the construction of sailing yachts. Max Oertz died after suffering on the 24th November, 1929.